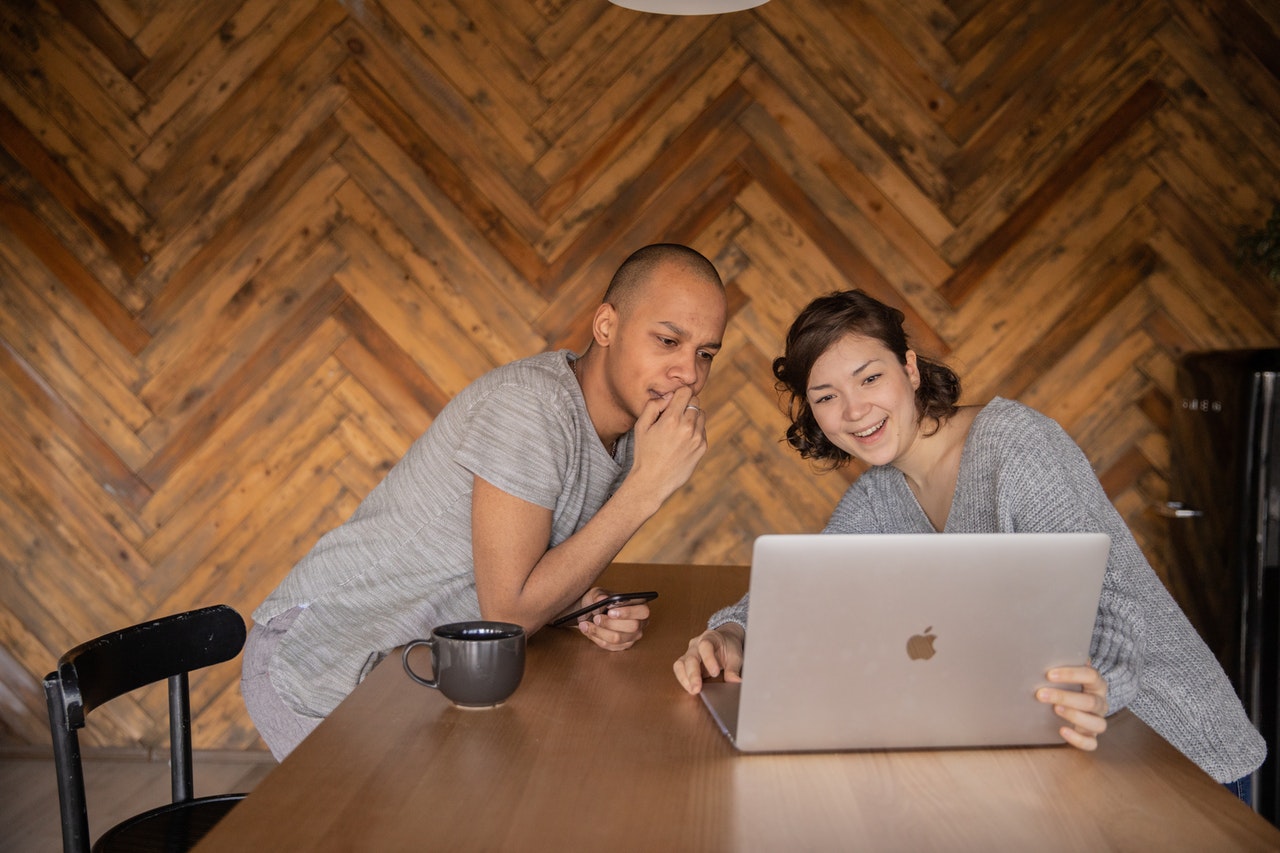 Team-building activities aren’t just done for the fun of it, or even for the sake of bonding among coworkers. Spending five minutes before a meeting with an icebreaker, trivia game or social task can provide a team with the psychological safety needed to maximize its innovation, productivity and overall performance. Put simply, playing works.

Why Playing Games Works for Organizations

Games help flatten organizational hierarchy, encouraging input from all team members and rewarding vulnerability. Because games are lower stakes than actual work and everyone is on a level playing field, participants can avoid anxiety responses to social situations and instead become freely engaged as contributors and collaborators on their team.

These days, engaged employees are harder to come by (only 36% according to a Gallup poll) and more teams are becoming physically dispersed because of a preference for remote work (81% of employees enjoy remote work and 82% of company leaders would allow remote work at least some of the time). Especially for remote teams, team-building games and icebreakers help make up for a loss of three major benefits from teamwork: community, interaction and empathy. To some, these activities might seem hokey or like a frivolous way to spend time, but they can provide a huge return on investment.

“Despite its reputation for being, well, lame, team building is the most important investment you can make for your people,” wrote O2E Brands CEO Brian Scudamore in Forbes Magazine. “It builds trust, mitigates conflict, encourages communication and increases collaboration. Effective team building means more engaged employees, which is good for company culture and boosting the bottom line.”

Why Playing Games Works for Employees

In an interview with The Cut, psychologist and management consultant Anton Villado said a well-done icebreaker or team-building game ...

Giving everyone a chance to speak is crucial for a successful meeting, according to Lisette Sutherland, the director of Collaboration Superpowers, a company that facilitates remote workshops.

“That’s very important because research shows that if a person has spoken once during the meeting that they are more likely to speak again,” Sutherland said on her company’s podcast. “(Even if it’s) just the opportunity for everybody to go around and introduce themselves with a favorite question like favorite food, favorite holiday place (or) favorite smells.”

While prompting people with questions is effective for team building, researchers have found that social games are better than social icebreakers when it comes to building trust. Either way, it’s important to keep games and icebreakers easy to understand and able to be completed within five minutes so that the team can get to the business agenda of the meeting.

Perhaps one of the most used and popular team-building games is having each team member take turns sharing three fun “facts” about themselves: two things that are true and one that is a lie. The other team members have to guess which statement is a lie. Keep score by awarding a point for each player’s correct guess for a truth and the person with the most points wins.

This is Villado’s favorite game. It involves each team member grabbing a coin out of a bag and explaining what they were up to the year the coin was minted, or what they would do if they could time travel to that year. You don’t have to use pennies; it can be nickels, quarters or even paper money with the issue date. Remote teams can improvise by choosing money they have at home. To make it competitive, see who is paying attention and ask how much money was presented during the game and the response that is closest to the correct amount wins.

Another classic icebreaker game is a quick, simple round of trivia. There’s a game already built in Slides With Friends that you can use to play or as a template, and it can be customized with your own multiple choice or short-answer questions. Keep the questions unrelated to work and between 5-10 so the game can be played in under five minutes. Mix up the topics to include input based on the diverse interests of team members. Award points for correct responses based on the level of difficulty.

Many people have played charades, a game where a person is provided a word or phrase and they must remain silent and use gestures to get other team members to guess what it is. A twist for remote teams is using only emojis and having players submit their guesses with emojis from their phones. Some of the more than 200 emojis are easier than others, such as a peace sign or smiley face, but some of the foods and tools might literally throw a wrench into the game.

As recommended by Sean McPheat of Management Training Specialists, create a 3-by-3 grid and within each square list something that the participants could have done. Reveal the items for each square one by one and the first people who match three in a line, or a BINGO, gets a point. Items can include “Went to bed after 11 p.m. last night,” “Visited the beach last summer,” or “Has a tattoo.”

This game, which also has a ready-made option built in Slides With Friends, is played with photos or items at home. Team members are given prompts, such as "What's the most interesting item you can reach from where you're sitting?" or "What's the most fun you've had recently?" For each prompt, three submitted photos are displayed at random, allowing the submitter an opportunity to show off to everyone and talk about it. To make it competitive, have the team leader ask questions at the end, such as “What’s Nancy’s main weekend activity?,” to see who was paying attention and award points for the first correct answer.

You have emojis and you have a BINGO grid, now combine them to create a memory game by testing the recall for individuals or the collective efforts of an entire team. Arrange emojis on a grid before revealing and then hiding the emojis in each square. Then ask participants to recall which emoji is in each square. You can increase the difficulty with larger grids or remove the grids altogether and try a sequence game. In World Memory Championships, competitors do this by memorizing the order of a shuffled deck of 52 playing cards. But you can try a sequence memory game by simply asking participants to recall the images on five consecutive slides. Keep advancing more slides and see how far you can go before someone forgets the correct order.

This is a simple word-association game, also with an option built in Slides With Friends, that is played by having a word or image displayed on the screen and letting participants say the first thing that comes to mind. This game encourages people to think on their feet and be spontaneous. Develop the game further by asking team members to take turns adding another word, within five seconds, to see how far the team can go to tell a coherent story.

This is a favorite of Sutherland’s, which she credits to Lucid Meetings. Ask team members to take a picture of their shoes and submit it with their phones for everyone to see. According to Chris Higgins of Lucid Meetings, people are surprisingly willing to share their shoes and it sometimes reveals their hobbies and interests. To make more of a game of it, ask people to guess whose shoes belong to whom or send zoomed in images and have people guess the type or brand of shoe.

Pictograms riddles, which are pictorial symbols that represent a word or phrase, are great for team-building games because people can work together or at least see how others see images differently to solve problems. If you need help coming up with pictograms, there’s a version using bottle caps created in Slides With Friends called Puzzle Masters.

Now go out and play!

Whichever type of game you choose, make sure each team member has an opportunity to speak or contribute. If one or two people are doing all the interacting, the team is only seeing their perspectives and empathy and trust can be lost. Remember, building community among a team takes time; don’t waste any more time trying to explain a complicated game. Keep it simple. Play games that people are either familiar with, like charades or BINGO, or with easy to follow instructions, such as trivia or Show and Tell. But most of all, have fun!

Subscribe to our newsletter for research-based content on community building, remote culture, and employee well-being. Get critical tools for a remote world.

Try Slides With Friends for free

The easiest way to host meetings your team will love

Thank you! Your submission has been received!
Oops! Something went wrong while submitting the form.
By signing up, you agree to our Terms of Service and Privacy Policy

Engagement delivered to your inbox

We'll email you 1-2x per month with brand new, ready-to-run events and ideas. Subscribe to stay ahead of the curve and keep your lessons, meetings, and events fresh and engaging.