Why Games are the Solution to Remote Team Building 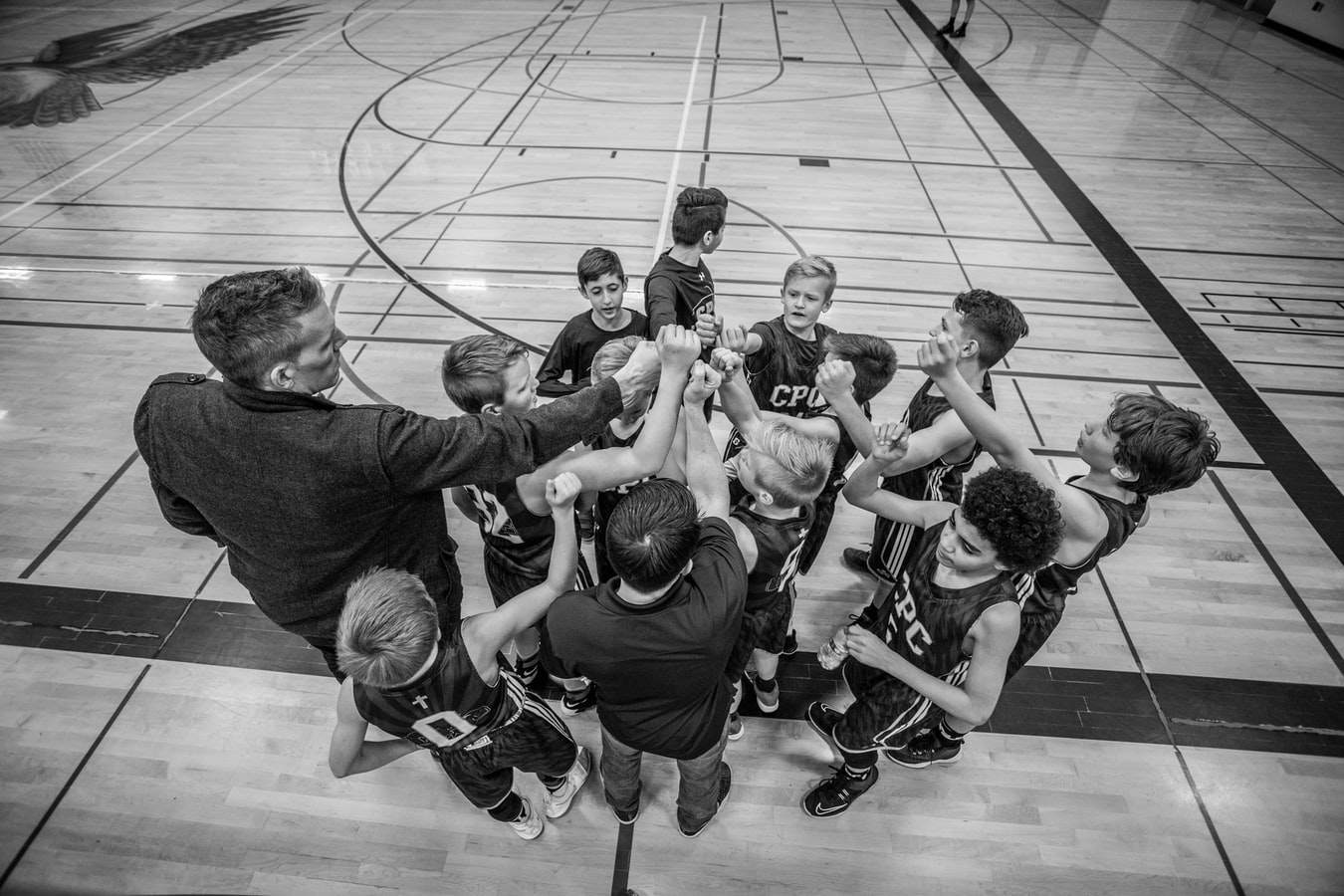 The problem: remote work makes it dramatically harder to socialize with your teammates.

There's no going to the bar, you can't read body language, and spontaneous conversation evaporates. The fundamentals of team building are the same — communication, shared values, camaraderie, and a belief in the company mission — but the avenues for establishing those foundations are severely limited when remote.

Online games can solve many of challenges of inherit to remote team building.

Games do several things that make them ideal for building strong connections and creating closeness between peers. They can:

It's also much easier to get buy-in for a trivia night or a game that's fun and amusing than it is to get people excited about yet another zoom happy hour. Let's take a look at why game dynamics are so useful for online connection.

An important aspect of building a strong team is breaking down the walls between each of the various team members and fostering connections between them. This can be difficult to do naturally in the real world and it is even more challenging virtually.

Most events don't run with an ideal structure for team building, and conversations end up too focused on one speaker or a free-for-all dominated by the loudest voices.

With the right game you can create a conversational structure that is much more inclusive and ideal for team boding. Additionally, game conversations are frequently turn-based and lend themselves naturally to online conversation with larger groups.

A high-functioning remote team will be able to work cohesively toward a single goal. The members will understand their strengths, understand how to communicate with one another, and be able to work as an effective and coordinated whole. Learning to do this can take a lot of time.

Games offer a fast iteration cycle with lower consequences of failure, providing an ideal environment for learning to work as a team.

The social cooperation required in games is often very similar to the real world. The communication and interpersonal challenges of a job are frequently replicated in online games — but without the high stakes and risk of real world performance and deadlines.

It's also possible to run through many more teamwork scenarios in a game than it is in a real-world work environment. Being able to play multiple games or challenges in a short period of time can also provide more opportunity to learn how to work together than the equivalent period of time working together on an actual project with real-world consequences.

Games offer a safe space to talk about real things

Creating real friendships between team members requires a degree of vulnerability that can be difficult to surface in a day-to-day conversation, and is particularly challenging over video calls.

Friendships between team members generally start with small talk and slowly grow in trust and closeness over time. When it happens naturally, this process can take a long time and requires a lot of interaction (the ratio of real conversation to small talk is very low).

According to psychologist Arthur Aron, who you might know from the popular NY Times article 36 Questions to Fall In Love, the key to forming close bonds is a gradual increase in mutual vulnerability (real conversations):

“One key pattern associated with the development of a close relationship among peers is sustained, escalating, reciprocal, personal self-disclosure.”
— Aurthor Aron, et. al. The Experimental Generation of Interpersonal Closeness

From a corporate team building perspective the point is this: creating bonds inside of your team will eventually require team members to show mutual vulnerability and have real conversations.

At a company office there is an enormous volume of interactions and all of this happens organically, but we don't have that luxury when working virtually. To be most effective at team building online requires a very intentional approach that prioritizes real conversation and self-disclosure.

Games can add exactly this structure to conversations (as mentioned above) and the games themselves can be specifically designed to foster self-disclosure and real conversation in an approachable and fun environment.

Trying to have a conversation over video chat, on the other hand, leads to a near complete breakdown of nonverbal cues and a substantial degradation of verbal communication. Experts have roundly agreed that Zoom fatigue is both real and costly, and many of them agree that the root cause is related to latency, bandwidth, and the breakdown of natural information transfer between parties (e.g. eye contact).

“For somebody who’s really dependent on non-verbal cues, it can be a big drain not to have them,”
— Andrew Franklin, assistant Professor of Cyberpsychology at Norfolk State University

Given how much less bandwidth is available during online communication, many teams instinctively gravitate toward a "transactional only" approach to meetings. This can provide some benefits — calls are shorter, reducing overall fatigue, and there is a tighter schedule of defined work — but this approach entirely eliminates relationship building. Some teams can function this way (if they've known each other for a while), but for many this elimination of team interaction is a major problem.

Games can help overcome the bandwidth and latency issues by creating a clear structure for communication. Structured, rule-based conversations remove the need for each participant to dynamically read the room to know when to talk and what to say. The rule-based structure of games replaces the need to follow the meta-structure of a group conversation, allowing the participants focus on the content of the communication and not who's turn it is to talk.

Structured communication can also reduce conversational error rates (e.g. people talking over each other) and overall make the most of a reduced-bandwidth environment.

The easiest way to silence a video call is to ask a deep or open-ended question — people will immediately shut down, trying avoid a situation where they might get burned in front of their peers.

Games provide a safe space for interaction that can make it easier and less risky to be yourself, and in fact even rewards everyone for participating. How many people would do an impression of a farm animal in front of a group? How about during a game of charades?

The other interesting benefit of games is that they are more fun by default. Getting your team to buy into a zoom happy hour or team building exercise is tough — but getting them excited about a game of trivia or escape room is much easier.

One very powerful aspect of an online game is that it generally requires all participants to pay attention or risk losing or being called out. Playing a game on Slides With Friends or similar platform is going to have all participants actively engaged. The active attention of a game environment is in direct contrast with many zoom meetings where half of the audience could be in a different tab while you're talking.

As you might imagine from real-world conversations, paying active attention is a prerequisite for building real relationships and bonds, and games are an excellent tool for creating an environment that's ripe for team building.

A word of caution: active engagement can be very tiring, particularly on video calls, and an overuse of games to force paying attention can easily result in a exhausted audience. The key to avoiding this is proper spacing, breaks, and the right frequency of use.

Think back to a conversation you had with a group of friends or close coworkers. How often did somebody say "do you remember when we did X" .. or .. "what was that movie we watched during..?"

This kind of information sharing is called Transactive Memory and it is a key component to forming close relationships and creating a team that functions well together. Each person in a highly collaborative team will help maintain the shared group memory and understanding such that the group is maximizing each member's strengths, compensating for weaknesses, and the entire team can work together optimally toward a shared goal.

Games help to create these shared memories by putting group members into a new experience and then asking everybody to participate, recall information, and work together. These actions all combine into an event that team members can remember together and use to learn and understand each other more deeply.

Results confirmed that those teams that had been trained to develop a range of team skills such as problem-solving, interpersonal relationships, goal setting, and role allocation evidenced significantly higher team skill, transactive memory, and performance than those that were not trained in such skills.

Research has borne out that these transactive memory systems are a key component of effective teamwork, and training them is a core element of quality team building.

Up next 👉 Which games to use and how to use them

That's it for the part one of this article, hopefully it is clear how the right games and game-like dynamics can be used to solve many of the difficulties inherit to building remote teams.

Knowing is only half of the battle though. In part two of this article I'm going to explore some specific games and tools you can use to implement these tactics with your own team (spoiler: this is one of the main reasons we built Slides With Friends).

Make sure to subscribe so you don't miss the next half!

Subscribe to our newsletter for research-based content on community building, remote culture, and employee well-being. Get critical tools for a remote world.

Try Slides With Friends for free

The easiest way to host meetings your team will love

Thank you! Your submission has been received!
Oops! Something went wrong while submitting the form.
By signing up, you agree to our Terms of Service and Privacy Policy

Engagement delivered to your inbox

We'll email you 1-2x per month with brand new, ready-to-run events and ideas. Subscribe to stay ahead of the curve and keep your lessons, meetings, and events fresh and engaging.